Feel free to post questions or comments on this new blog about Birding in and around Barcelona and Catalonia, Spain. Although currently still in progress, I have uploaded Trip Reports up until November 2010... with videos and month-by-month 'quick look' summaries still to come. Stephen Christopher


"Thanks very much for such a splendid three days birding.  We saw almost all the target species, also a few excellent unexpected ones.  It's difficult to imagine a guide being so keen, hard-working and efficient, and such good company."
Chris Evans, Birdwatch Ireland 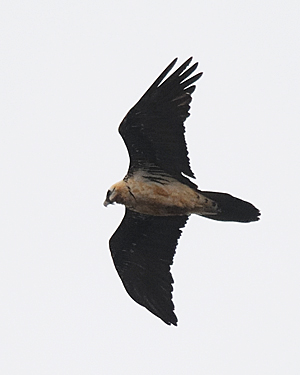 Eight members of the Tolka Branch of Birdwatch Ireland travelled with Ryanair from Dublin to Barcelona on 26th November 2010 and a ninth member joined us the next day from Brussels.

At Barcelona airport, while we collected a people-carrier at a cost of €260 for 5 days, the group had Monk Parakeet, White Wagtail, Common Buzzard, Kestrel, Magpie and Wood Pigeon.

We made our way to a villa in Olivella (€995 for 5 days), about 15 minutes from Sitges, but stopped before reaching it at a small wooded area where we had views of Crested Tit, a lifer for many of us.  We also had good views of Firecrest, Robin, Dunnock, Coal Tit, Goldcrest, Chaffinch, Long-tailed Tit and a pair of Common Crossbill flew over, calling as they went.

We travelled into Sitges for dinner that evening and a couple of Tawny Owl were calling on our return.

Our guide Stephen Christopher of Catalan Bird Tours [click for Winter itineraries and birding tours available - SC] had been contacted a few months earlier and engaged for three full days for nine people.

We arrived in the Garraf Natural Park, located on the Mediterranean coast between Barcelona and Sitges, and positioned ourselves quietly at the foot of a cliff to await the arrival of our first target bird.  Stephen was quite confident that our bird would show up and about five minutes later, as predicted, he spotted our quarry, a stunning Wallcreeper (below).

The bird, which was a lifer for everyone, moved about the rock face for 30 minutes as the sun rose and flooded the cliff with light and eventually slipped out of sight as it moved south.

Crag Martin glided above the cliff as Black Redstarts foraged on the rock below, a Blue Rock Thrush perched at the top while a pair of Peregrine headed out to see.  Great Cormorant, Northern Gannet, Black-headed and Yellow-legged Gulls were seen over the sea while Serin and Rock Dove were also present in the area.

Finally we had lovely views of a single Audouin's Gull (below) at a local marina.

From there we headed up into the park, a beautiful area of mountainous heath.  We spent a few hours walking, as much of it is restricted to vehicles, and had good views of Red-legged Partidge, Thekla Lark, Spotless Starling, Southern Grey Shrike with Dartford Warbler popping in and out of view regularly.  Other new birds seen were Stonechat, Blackcap, Greenfinch and Linnet.

Later in the day [after locating the Wallcreeper a second time for the late arrival in the group - SC] we drove further into the Parc Natural de Garraf where we saw Rock Sparrow, Woodlark, Rock Bunting and a Sparrowhawk.  As the light began to fade our eagle-eyed guide Stephen spotted a pair of flying Bonelli's Eagle, one of which perched within scope range.  We studied the majestic eagle for a while as Stephen explained some of the bird's key identification features to those of us for whom the bird was unfamiliar.

We returned to the villa happy that we'd had a great first day with many new ticks under our belts.

28th November - Los Monegros and The Steppes of Lleida

We arrived just after dawn to a precise location selected by Stephen.  A hard frost still clung to the vegetation as we scoured the area for sandgrouse.  As we searched we had views of flying Red-billed Chough, Hen Harrier, Carrion Crow, Jackdaw, Marsh Harrier and a Merlin, while in the scrub Corn Bunting, Lesser Short-toed Lark and Thekla Lark (above) foraged.

Scanning the middle distance eventually revealed the elusive Black-bellied Sandgrouse and Pin-tailed Sandgrouse.  A small flock made up of both species was on the highest ground, presumably taking advantage of the earliest rays of sunshine to warm themselves after the cold night.  Its was great to see both species side by side enabling good comparisons to be made.

As the day warmed more species became active such as Dartford Warbler, Stock Dove, Red Kite, Hoopoe and small flocks of Calandra Lark rose in the sky revealing their diagnostic dark under wings (see photo below).

Elsewhere in Los Monegros, it was not long before we had distant views of a small flock of Great Bustard, some sheltering behind bushes to keep out of the icy wind.  We drove around and eventually were rewarded with closer views of three more (pictured below).  We hoped to connect with Little Bustard too but unfortunately that species eluded us.  We did however find another flock of Black-bellied Sandgrouse out in the open.

En route to The Steppes of Lleida we had lovely views of three Griffon Vultures that glided effortlessly across the road.  On arrival, Stephen guided us to a landfill site where, feeding on the contents of the dump, we had superb and most spectacular views of hundreds of White Stork, Cattle Egrets and Black-headed Gulls together with 20 Red Kite, several Grey Heron, Northern Lapwing and a thousand European Starling.  A Common Buzzard was also perched in the area.

Via a flock of 70 Pin-tailed Sandgrouse (photo above), which were quite approachable due to the absence of the more skittish Black-bellied Sandgrouse, and several Green Woodpceker seen in a small orchard, Stephen took us to another of his well-researched locations, this time for Black Wheatear (photo below with Calandra Lark).  And we were not disappointed.  We connected quickly with a family party and good views were had by all of both male and female.

Also in the area, after a short walk from the car, we had wonderful views of a flock of 50 Stone-curlew (below) resting in a ploughed field.  A few flew up as we tried to approach unseen but they quickly settled back into the flock. I had seen Stone-curlew before but never so well or in such numbers.

It was an unexpected treat and a lovely finish to our second guided day.

29th November - The Catalan Pyrenees (and The Llobregat Delta)

We drove to the Parc Natural Cadi-Moixero where, at an altitude of 2000m with a little snow on the ground, we began our trek up the mountain road hoping the sun would break through.  Jay, Mistle Thrush, Goldfinch and Ring Ouzel were seen before we had our first views of Alpine Chough, with flocks of thirty or more seen wheeling over the cliffs above, their yellow bills clearly visible.

Several Chamois stared down at us from the mountain side and, rounding a corner which overlooked a small stream, one of our party spotted a (White-throated) Dipper working its way upstream.

This was quickly followed by great views of five Alpine Accentor (below), another of our target birds which delighted everyone and once more confirmed our guide's knowledge of the area.  We had found the birds within a few metres of where Stephen suggested a sighting was possible.

With the sun failing to break through we started back towards the cars to warm up and were treated to close views of two Griffon Vulture that soared out over the cliffs above.  They were followed almost immediately by another bird, one that we all had at the top of our list - Lammegergeier (top photos).

The views we had of this wonderful vulture was superb, let down only by the dull grey sky. We watched it for a minute or so as it passed directly overhead before it silently glided down the valley and out of sight.

With snow starting to fall we happily got into the cars and headed down the mountain.  As we descended we had a brief view of another Wallcreeper that flew out from a cliff face over the cars. We stopped for a few minutes in a village some way down where we had another Dipper, Long-tailed Tit, Blue Tit and Crested Tit together with a Firecrest. 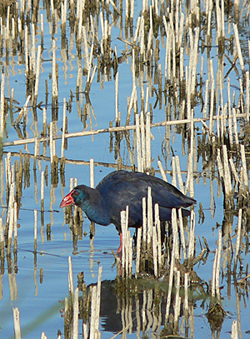 The best bird for me from this area was Purple Swamphen (above) and we had great views of two from one of the hides.  We had hoped for Penduline Tit but dipped on that species.

As the light was fading, we said goodbye to Stephen our superb guide for three days.


He had been everything we had hoped for and more.  He knew the birds we were after and out in the time to locate them prior to our arrival. He found most of them for us in the short time we were there.  He was happy to answer all our questions, no matter how obvious or obtuse, with a breadth of knowledge that only comes with years of experience and time in the field.

I would have no hesitation in recommending him to others interested in birding the area, a view which I believe would be endorsed by all of our group.

We returned to our villa that evening very satisfied with our trip and the birds we had seen.
Our group included the following members of the Tolka Branch of Birdwatch Ireland: Dermot McCabe, Lorraine Benson, Heather Quinn, Bill Quinn (additional photos), Gerald Franck, Philip Clancy, Chris Evans, Darragh Hogg and myself John Fox.

"It was a great trip.  Stephen was so efficient at getting the list out as well as getting us such a terrific array of birds.  Well done to Dermot in arranging to have such a good bird guide and for organising such an exciting trip so well."
Billy Quinn, Birdwatch Ireland

"Thank you for all your wonderful guiding and your expertise.  You really made the trip fantastic for me and I think for everyone else too.  A big thank you to all involved in our fantastic trip to Catalunya, particularly Stephen our brilliant guide who got us all the birds that I hoped to see together with many more that were unexpected and a great bonus."
John Fox, Birdwatc Ireland
"This was an excellent trip!"
Lorraine Benson, Birdwatch Ireland 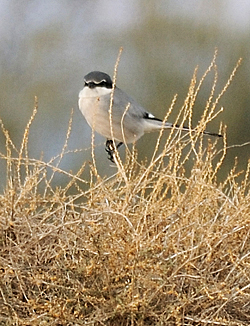 Search for Trip Reports, view the seasonal slideshows and use the secure box below to receive blog update news by email.

Send me an Email

Trip Reports and Monthly Summaries are archived under the relevant month but, for ease of searching, ALL in 2011.